3 Mind Blight has graced our platform before in January of 2019 with the single “Make This Right” and has garnered thousands of views since the article was published. Finally, today in April of 2020, we get a subsequent single on our platform in the form of “Breaking Down”. 3MB normally known for his hip hop approach takes a much heavier and more emotional role throughout this track that does justice to the title of the song.

3MB is an artist and producer that is well known around his camp for composing songs that center around the feeling and emotion surrounding a song. An aura or subtlety that renders the artist a way to gather material and inspiration for a song’s center piece as it is thought. And that’s where the beauty of Breaking Down” comes into a play. A supercharged and high-gained guitar driven song that is powerfully emotional, full of clever lyricism and rhythmic outbursts that conjure up some powerful buildups and breakdowns,

Each verse hones its own style and even touches on many political spectrums. A beautifully composed piano part slides into the song unexpectedly yet meaningfully, demonstrating the song’s story-telling technique and ability to keep you focus throughout the song’s duration. 3BM low-to-mid ranged voice is powerfully projected just as much as it is soothing and attentive in detail; which makes “Breaking Down” a song that showcases many angles of 3BM‘s detail with many authentic songwriting structures and naturally gifted knack for writing from the heart, and not just robotic as if it were just some fake job. 3 Mind Blight has always been the real deal, and always will be.

Florida’s music scene has some serious competition on the heavier side of the Rock field. New Dilemma, hailing from the Orlando metropolitan area, gears up to release their highly anticipated EP “Is Your Story Over“, and they are truly not messing around.

Your story may be over, but New Dilemma‘s has only just begun. The heavy Rock-Industrial outfit has conjured up a signature sound that is not only multifaceted, but versatile as well. Their high gain in-your-face guitar riffs with earth rumbling grooves  and intricately crafted vocals are not only melodically ambient and powerful, but also share equal parts originality and familiarity as well; giving their audience a taste of something different yet identifiable. The band boasts a frantic-like energy on each track that is reminiscent of late 90s/early 2000s greats such as Orgy, Chevelle, Shinedown and others of a similar caliber. However, New Dilemma, while adopting elements of the earlier heavy eras, have also put the perfect modern touches into the cog of the machine that makes an EP like “Is Your Story Over” a complete standout of its kind.

The likability factors of this record are endless, but it’s the relentlessly bone shattering grooves, full-on guitar onslaught, melodically heavy projection in the vocal techniques and electronically-infused textures that make each track from New Dilemma‘s record completely unforgettable and mind boggling. This is the type of record where it’s almost impossible to pick a favorite, and you won’t find yourself skipping over any tracks whatsoever.

“Is Your Story Over” officially drops on June 26th, but there will be many teasers to come before then. The anchor single “Playing Victim” will be dropping along with an official music video sometime over the next couple months, as well as other album teasers. New Dilemma is active on social media, has developed an insatiable buzz in their hometown music scene and is building the anticipation in every possible way. The band has kept themselves under wraps very effectively, but are ready to explode onto the market when all is unleashed.

Be sure to follow New Dilemma on all of their platforms to keep close tabs on what’s to come, and don’t forget to mark your calendars for June 26th when the EP officially drops. You have no idea what you’re in for. This is a band you’ll be bragging about to all your friends because you discovered them first.

With an exercise in innovation, experimentation and musical stimulation, Long Island’s Chuck W brings forth 4 years of in-depth puzzle pieces in every track of the frenetic, lo-fi synth-travel signature sound of his Get Your Shit Together! LP. An album that not only grabs you with persistent musicality, but imagery as well.

This instrumental album is comprised with a vast array of musical elements that range from clever looping samples, atmospheric textures, groovy tempos and jazz-infused outbursts that top off with a theatrical and at-times industrial edge. The track “Monoarm” is a grungy and multifaceted set of layers that sends us on an audio and visual journey. The ambient mood that underlies in this frantic track really demonstrates Chuck‘s dynamic behind the mixing board, as well as his songwriting structure that touches on many tangible elements that gives this song the push that it needs to enter your brainwaves. It’ll stick with you in a way you can’t really explain, but it’ll easily have you enticed to explore the rest of this album with your antennas for detail up. The rhythmic groove on this song is not only notable, but downright necessary. There are no blanks to fill on this track – Chuck covers all bases on “Monoarm” and really delves into detail that gives him undeniable versatility.

Veering over to the soundtrack-worthy “Jazz For A Rainy Day”, this creepy track lends an arm to a more theatrical take on Chuck‘s signature touch. This one gives you visuals and it really dives deep into the clever songwriting structures that is made apparent throughout the album. This keyboard-driven track really adds a fascinating parallel to the other songs on the album and really adds more concept to this multilayered musical journey.

Get Your Shit Together! is a nostalgic landscape of audio imagery that is immediately gratifying to the experimental sides of our brains. It has a wit and charm that speaks solely through instruments, structure and textures. Once you give this a listen, you won’t quite be the same again. But you’ll keep coming back to this album to go through each measure of detail, trying to capture every puzzle piece of the in-depth structure that Chuck W conjures throughout this album’s duration. You can’t go wrong with this album – there’s nothing else like it.

Listen to “Jazz For A Rainy Day”: 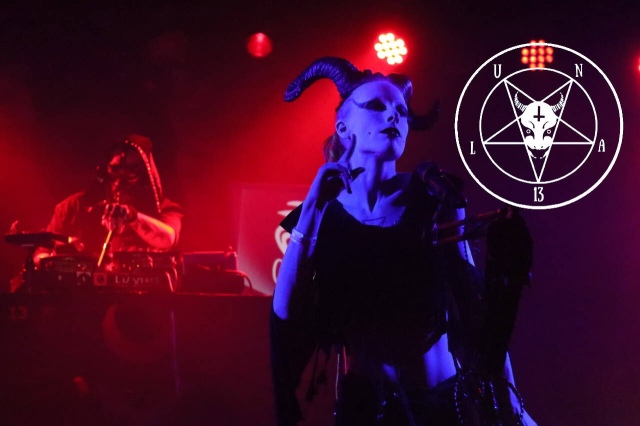 Dark, visceral, beautiful, and not for the faint of heart.

And we mean that with the utmost respect. Luna 13, signed with Cleopatra Records, is a Bass Music onslaught of thought provoking art, violence, beauty, and unwavering energy with their single “Devil’s Wrath”, accompanied by a cinematic and face melting music video.

The band’s iconic image and signature sound resonates perfectly with their gothic and stylistic merit. Their versatile and Black Metal take on the Bass movement shares equal parts originality and familiarity. It’s innovative and ahead of its time.

“Devil’s Wrath” is a double kick drum slaughter with electronically infused moments of rage and sonic alchemy. The visual aspect of the song definitely enhances the song’s musicianship factors, and really delves you into Luna 13‘s overall persona as artists. The consistency of the climactic vocal growls and high gain measures of Bass are the main key factors of the group’s sound and when outside looking in, it’s extremely hard to look away. Almost voyeuristic in a way, but Luna 13 definitely wants you to watch. And we will, gladly.

Luna 13 is captivating, horrifying and glamorously clever with both image and musical execution. They are definitely gonna be one of your newest guilty pleasures if they aren’t already. You’ll definitely be delving more into Luna 13‘s back catalogue, and you’ll be stalking them throughout every move they make in their future. They are the first Bass Music project to perform in the Metal Festival circuit and will be opening up for Death Metal pioneers Possessed on 1/11/19. 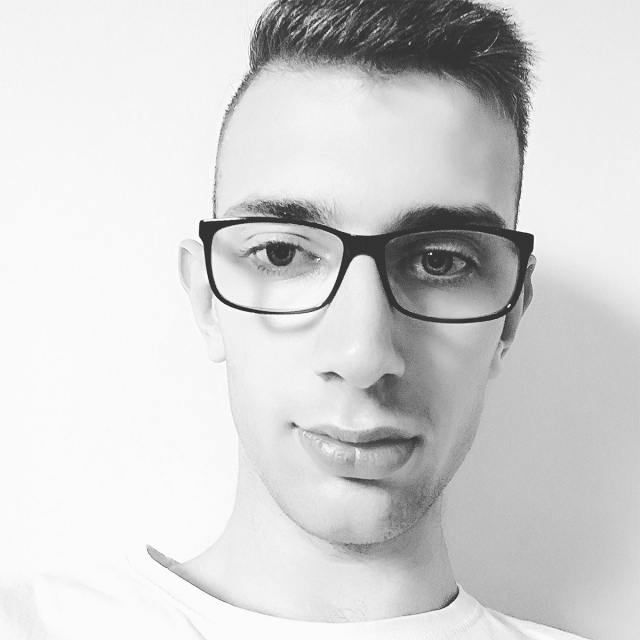 Gripping and climactic, Lucas Burn takes us through a realm of dark emotions in his hypnotic Hip Hop single “Fade”.

This is one song that’ll definitely hit you at your core. It’s thought provoking, effective, and really puts a strong perspective on raw emotions over the feelings of loss.

“Fade” has a classic yet futuristic beat that is dark, ominous and very atmospheric. It’s very visceral and has versatility that really gives Lucas a true identity behind his music. With a darker Eminem resemblance possibly at play here, we get a set of clever lyrical punchlines and a story telling narrative that grabs you from the very first measure. His demeanor is serious, the content is personal and the overall tone is captivatingly dark. It’s one big emotional rollercoaster.

This track is also something almost anyone can identify with. From anger, resentment, helplessness and emotions surrounding that realm, “Fade” ties it all together with this song into one big explosion of expression, and Lucas Burn delivers it up beautifully in a way that keeps you on your feet and constantly thinking.

“Fade” is a stunningly powerful song that really shows Lucas‘s craft in a hypnotic light. He is dark, charismatic and definitely an original of his caliber. We highly recommend this banger!